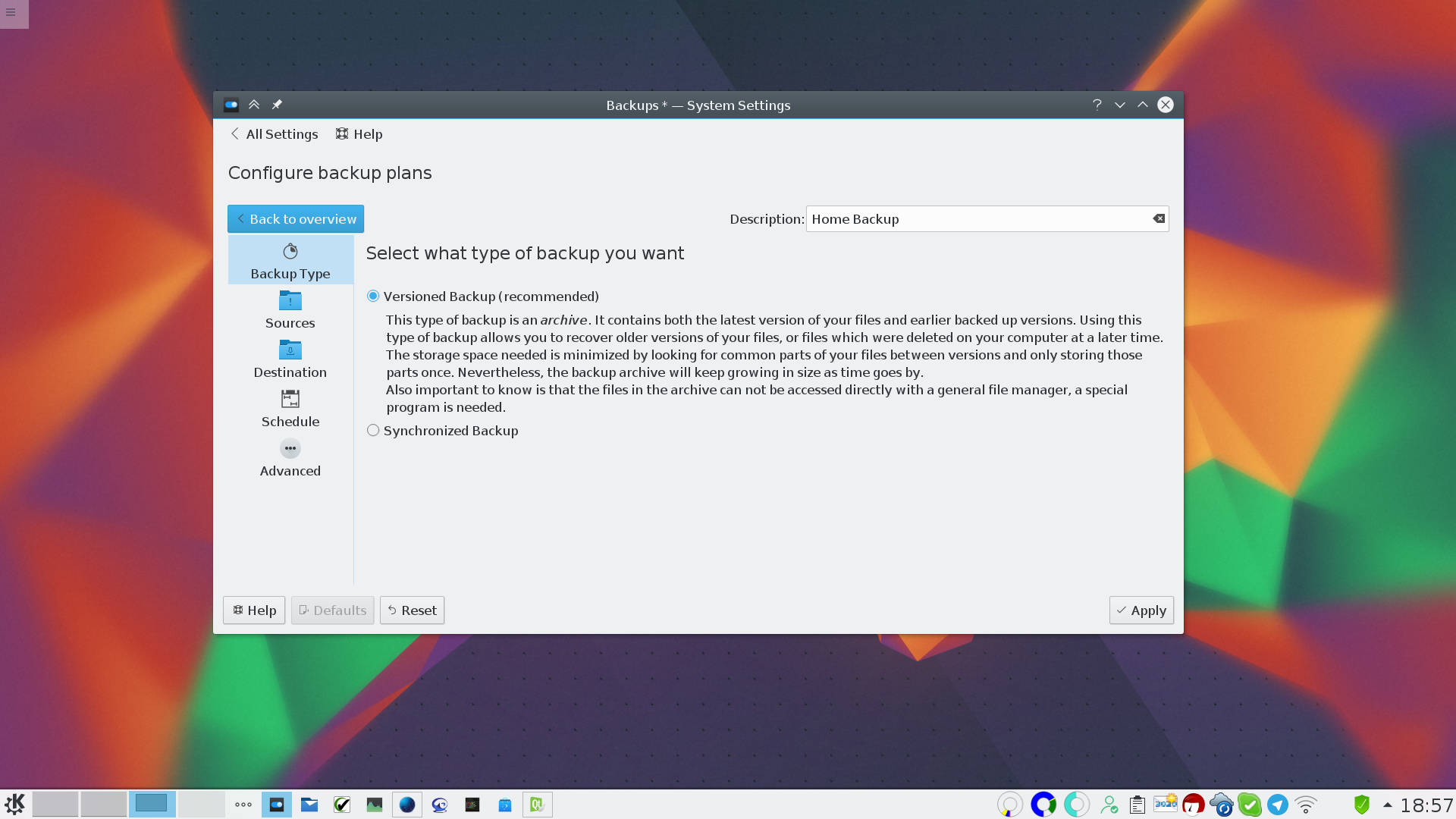 You are a Fedora user and currently searching for a good backup system? Then you might want to have a look at bup and (if you are a KDE user) it’s KDE graphical user interface called kup. Bup is an interesting tool which uses the mechanisms developed for git to create efficient incremental backups. The probably most interesting thing about it is that it also deals well with large files (read: VM disk images), which definitely makes it an alternative to more traditional approaches like rsync. Kup on the other side is a graphical user interface for both bup as well as rsync for the KDE 5 desktop.

If you want to give these two a try, then have a look at our Fedora bup project, which provides packages of these tools for Fedora.